Fairfax Co. police chief: We are not participating in ICE raids 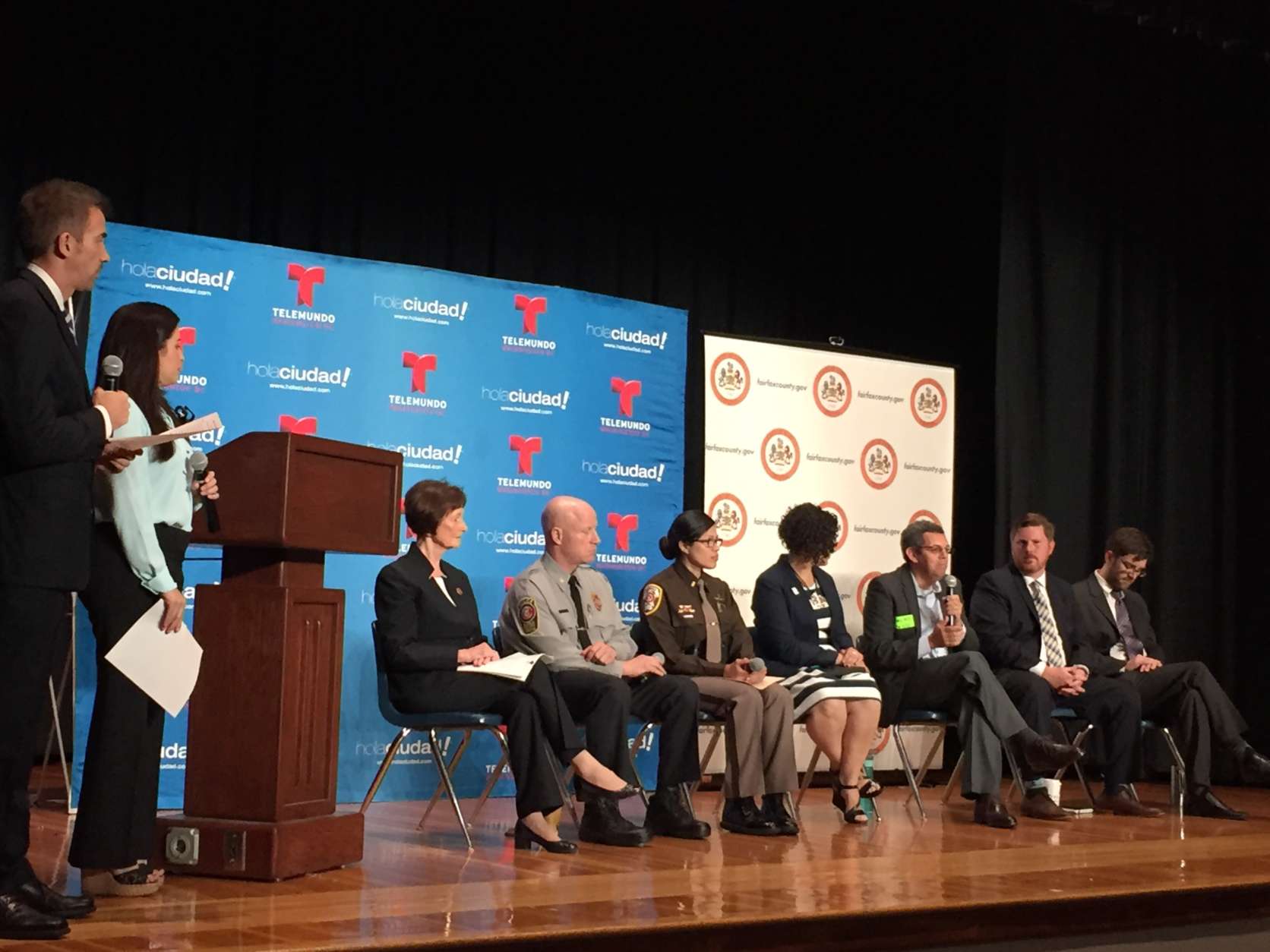 FAIRFAX, Va., — Fairfax County leaders tried to gain the trust of immigrants by quelling anxieties of deportation and reinforcing their rights, regardless of immigration status, at a public forum Saturday.

The forum, conducted primarily in Spanish with a translator available, included Board of Supervisors Chairwoman Sharon Bulova, Police Chief Ed Roessler, as well as representatives from the sheriff’s office, CASA and the board of education.

The first half of the forum focused on more basic issues like what someone’s rights are during a traffic stop and what information the school system might give out about students and families — when it comes to U.S. Immigration and Customs Enforcement, very little.

But when the main topic of discussion became the federal crackdown on immigrants who crossed the border illegally, it seemed to erode the trust between Fairfax County’s immigrant community and its local government.

Roessler repeatedly stressed that his department only works with ICE agents when it comes to dealing with criminals who are in the United States illegally.

“I am your chief. I am telling you we are not participating in immigration raids with ICE,” Roessler told the crowd of more than 100. “Well shall not be doing it. We have a policy that’s been in place since 2007.”

When someone in the crowd asked about the Fairfax County Sheriff’s decision to renew an intergovernmental services cooperation agreement with ICE, Bulova said it was something outside the purview of the board of supervisors.

“The board of supervisors was not a party to that contract,” said Bulova, who noted the sheriff is elected independently of the board, while the police department falls squarely under the board’s supervision.

But that doesn’t mean leaders aren’t frustrated with ICE, either.

“I wish ICE would change their uniforms and not have the word police on there,” said Roessler, to some applause. “That’s not Fairfax County Police.”

It was a sentiment later echoed by Bulova, too.

“I think that the actions of ICE are fraying some of that trust between the community and our police department,” she said. “They are confusing our constituents. They’re confusing our residents and they’re making folks believe, or people are believing, that somehow our police department has become immigration officials. And that’s just not the case.“

Roessler says he worries about the impact that could have when it comes to investigating other crimes.

“This gets cast upon the Fairfax County Police Department, creates fear in the community,” Roessler said. “My fear as the chief is that things like domestic violence will go unreported and there will be victims that are suffering in our community because they are afraid to call the police because they fear deportation. If you are a victim of crime we want to help you, not deport you.”